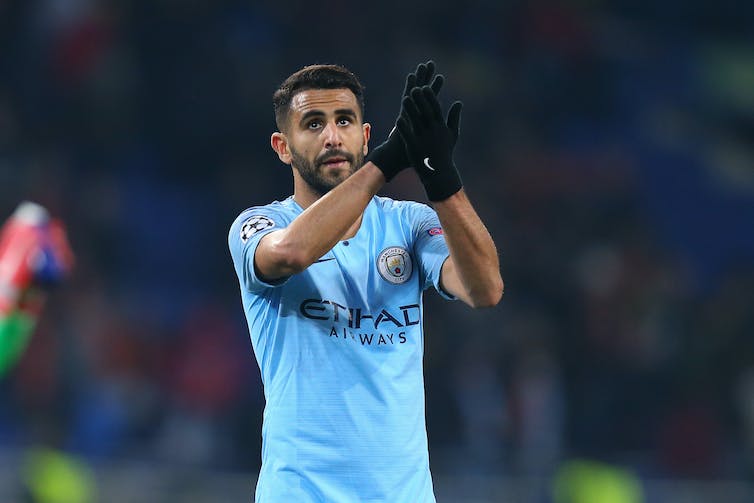 Sport is a useful prism through which to explore aspects of national identity. This is particularly so with football, given its popularity and global reach. International teams are often portrayed as the embodiment of the nation for the duration of a match. They carry the nation’s hopes and dreams.

Yet it’s becoming common to see footballers competing for a country other than the one they were born or raised in. The regulations allow this if they are eligible for citizenship of the country.

This raises questions for those interested in issues of identity, citizenship and belonging. An investigation into how many players transfer their sporting allegiance and why can shed light on the often complex, multi-layered and contingent nature of national identity.

I conducted a study into the question of the identity choices of players with African family backgrounds. This revealed that players choose which country to represent for different reasons. Some players may be motivated by a sense of cultural affinity. For others it’s an opportunity to play international football and advance their career.

In recent years, a number of African countries have opted to select players born outside the national territory. The sizeable African diaspora in Europe provides an expanded field of potential talent. Colonial history and continuing migrant links mean there are many European-born footballers with close ethnic and family ties to African countries, so it makes pragmatic sense to tap into that resource.

Morocco and Algeria have for some time been prominent in drawing on their diasporas. They have relied heavily on European-born players of Algerian or Moroccan descent such as Riyad Mahrez and Sofiane Boufal. Some of these players represented France in youth or under-age teams but elected to play for the country of their parents at senior international level.

The extent of this phenomenon is clear if we look at the squads from recent international tournaments. Of the 368 players registered in the 2017 Africa Cup of Nations tournament, 93 were born outside the country they were representing. The majority of these (69) were born in France. A further 22 players, although born in Africa, grew up in a European country.

If these are added to the 93, then approaching one third of players at the tournament were playing for a country they were not born in or had not lived in since early childhood.

At the 2018 FIFA World Cup, five African countries participated in the finals. Morocco had 15 European-born players, plus another two who grew up in Europe. Tunisia and Senegal each had nine while Nigeria had four (plus two more who grew up in Europe). In total, 38 players for these five countries were born in Europe, the majority in France (25).

Overall, it seems francophone African countries in North and West Africa are more prone to draw on their diasporas. France’s colonial past leaves a big footprint on Africa’s sporting present.

Some players have made it clear in press interviews that identity issues influence their decision. For example, the French-born former Cameroon international Benoît Assou-Ekotta (son of a migrant Cameroonian footballer) has publicly expressed a strong sense of Cameroonian identity.

Me playing for Cameroon was a natural and normal thing. I have no feeling for the France national team; it just doesn’t exist. When people ask of my generation in France, “Where are you from?”, they will reply Morocco, Algeria, Cameroon or wherever.

His comments appear to reflect a wider set of issues relating to marginalisation and discrimination surrounding ethnic minority groups in France and elsewhere, highlighting disaffection and a rejection of French identity.

More pragmatic issues can be seen in the case of Swiss-born Joël Kiassumbua. In a television programme, the then Swiss youth international goalkeeper displayed little interest in his father’s country of DR Congo. (He ended up playing for them at senior level, though.)

In 2013 Saido Berahino, born in Burundi but who came to the United Kingdom as a refugee at the age of ten, spoke of his desire to play for England in highly functional terms:

Five years later he said he would “always be a Burundian” and switched to playing for that country.

The failure to advance to senior level may lead to a decision to represent another country. But it may ultimately come down to the simple issue of which country asks first.

Paul Pogba may be happy to represent France but, had he been less gifted, the French opportunity would likely not have arisen and he might well have followed his brothers’ decisions to represent their parents’ country of Guinea.

Professional motivations may underpin many decisions, but these surely also reflect the duality of the players’ identities. A player’s background will clearly shape their self-identity but the wider socio-political context may have a bearing too. Whatever the feelings and motivations of players, the declaration of a sporting nationality that may differ from an “official” one reinforces the need to see identities as fluid and flexible rather than fixed and unchanging.