Facts About Dragonfly You Would Be Surprised To Know. 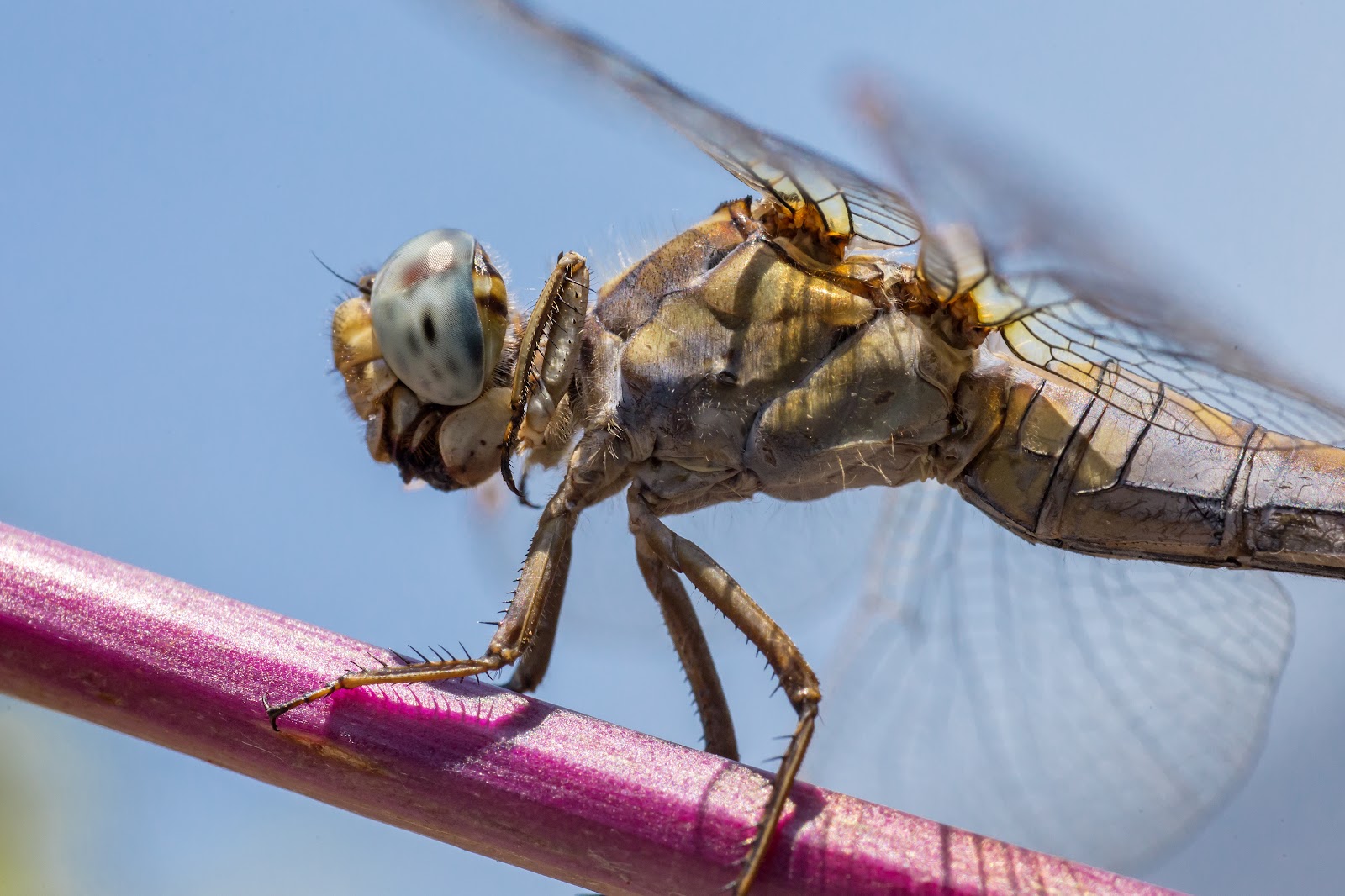 2) Dragonflies begin their lives in the water, laid eggs hatch in about seven to eight days called "Naiads or Nymphs", these larvae stay in the water for up to three years. They undergo between 6 and 15 molts before emerging as fully adult dragonflies, a process that takes about 12 hours. Adults live only about a month. 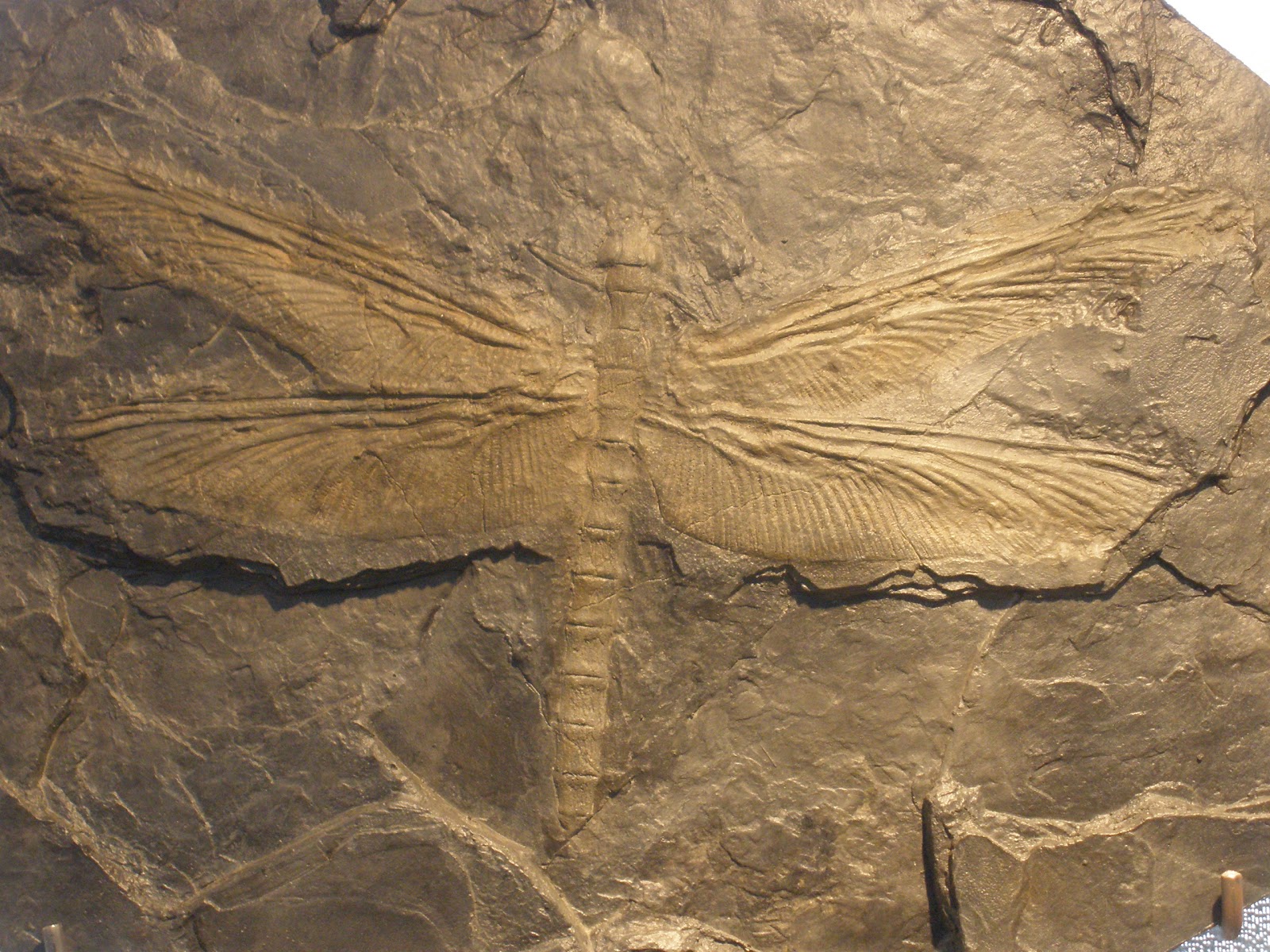 3) Dragonflies were some of the first winged insects to evolve, some 325 million years ago. Modern dragonflies have wingspans of only 2 to 5 inches, but fossil dragonflies have been found with wingspans of up to 2 feet. The oldest fossils are of the Protodonata from the 325 Mya Upper Carboniferous of Europe, a group that included the largest insect that ever lived, Meganeuropsis permiana from the Early Permian, with a wingspan around 750 mm (30 in). 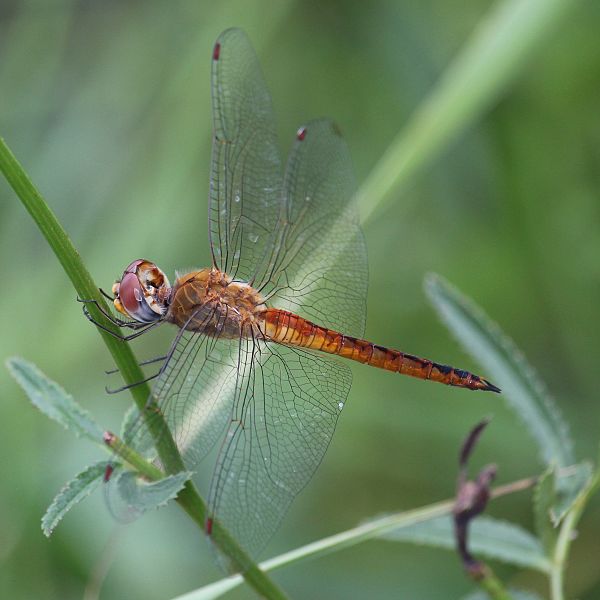 5) The globe skimmer ( or wandering glider, pantala flavescens) makes an annual multi-generational journey of some 18000 km ; to complete the migration, individual globe skimmer flies more than 6000 km — one of the farthest known migrations of all insect species.

Also Read: Cool Facts About Titanium You Should Know

6) Dragonflies, which eat insects as adults, are great control over the mosquito population. A single dragonfly can eat 30-100 of mosquitoes per day. The dragonflies caught 90-95% of the prey released into their enclosure. When they hunt, the success rate is around 95%. Adult dragonflies hunt on the wing using their exceptionally acute eyesight and strong, agile flight. They are almost exclusively carnivorous, eating a wide variety of insects ranging from small midges and mosquitoes to butterflies, moths, damselflies, and smaller dragonflies. 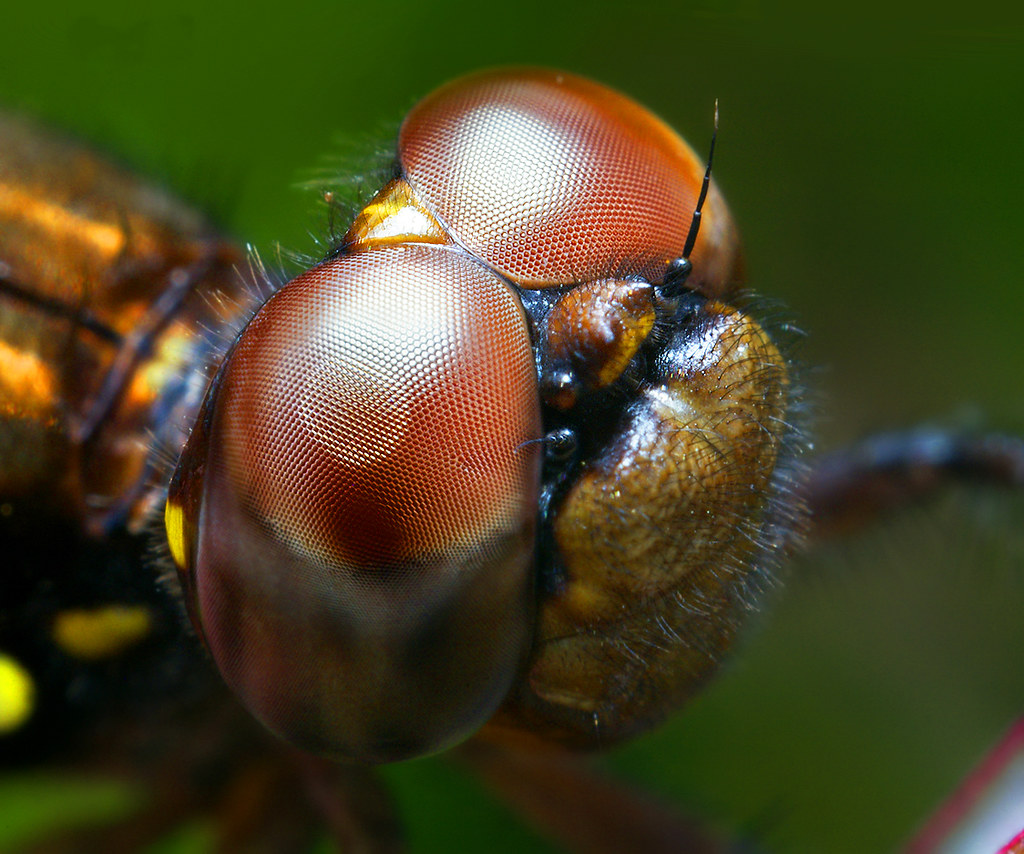 7) Dragonflies have huge bulging eyes that occupy most of the head, giving some a field of vision approaching 360 degrees. More than 80% of their brain is devoted to analysing visual information. Each compound eye is composed of nearly 28000 individual units(Ommatidia), and together the eyes cover most of the head. A dragonfly has been genetically-modified with light-sensitive "steering neurons" in its nerve cord to create a cyborg-like "DragonflEye". 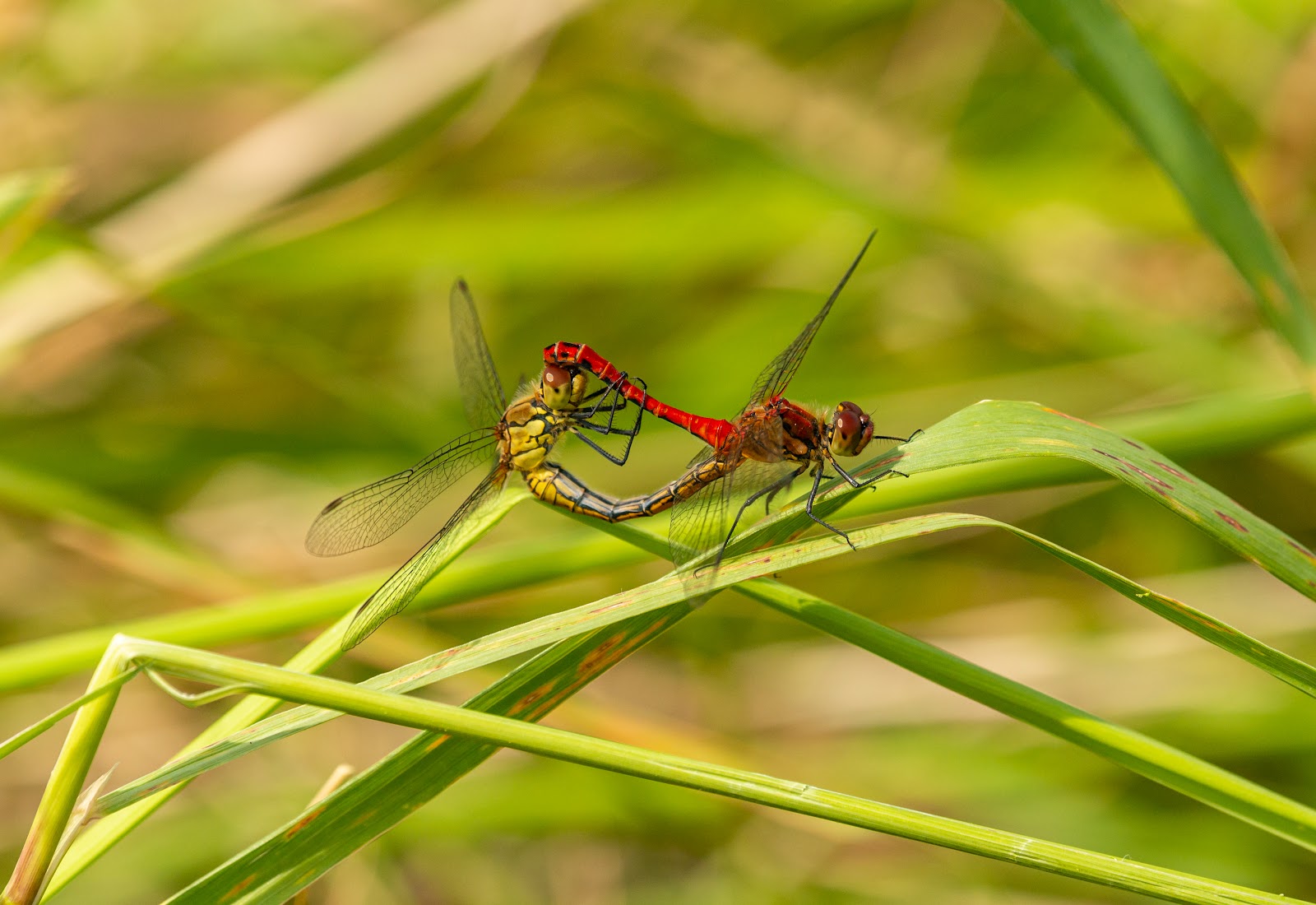 8) Mating in dragonflies is unique. Mating takes just a few seconds after which the female can immediately lay her eggs. The male first transfers sperm from near the tip of his abdomen to accessory genitalia near the top of the abdomen. 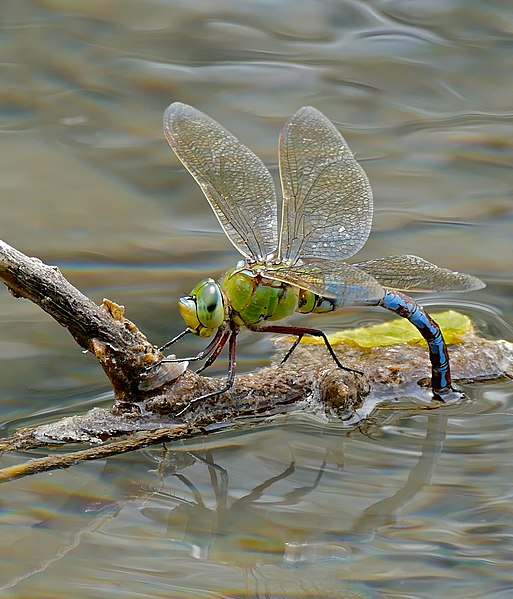 9) Dragonfly eggs are only laid in still water, as eggs laid in quickly moving water will wash into fish-feeding areas. Egg-laying involves not only the female darting over floating or waterside vegetation to deposit eggs on a suitable substrate, but also the male hovering above her or continuing to clasp her and flying in tandem. The male attempts to prevent rivals from removing his sperm and inserting their own. 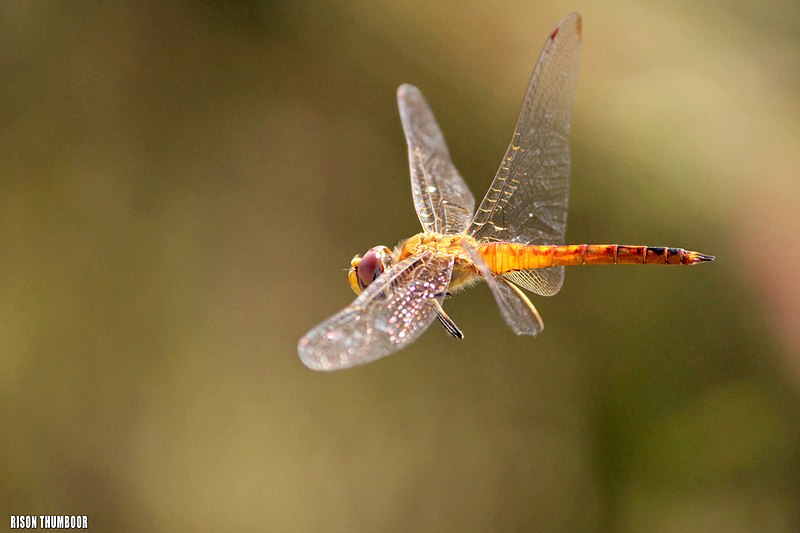 10) Dr. Anderson identified the world's longest insect migration: the 18,000 km flight of tiny Pantala flavescens dragonflies back and forth across the Indian Ocean. He found that the migration begins in India and proceeds via the Maldives continues through Seychelles and then extends on to East Africa, The Guardian reported in 2011.