Two coastal villages in Odisha have been declared the first two ‘Tsunami Ready’ villages in the Indian Ocean Region. While parts of the country are still coping with the COVID-19 pandemic, the two villages celebrated the announcement that came through in the first week of August.

The recognition was given by the Intergovernmental Oceanographic Commission (IOC) of UNESCO for the preparedness of the local community in two villages – Noliasahi in Jagatsinghpur district and Venkatraipur in Ganjam district – against tsunamis.

Noliasahi falls under the Erasama Block of Jagatsinghpur district, one of the blocks that was worst hit by the 1999 Super Cyclone. According to archival documents of the Indian Meteorological Department (IMD), close to 7,000 people had lost their lives in this block alone while Odisha state overall saw close to 10,000 deaths, in the 1999 cyclone. Two decades down the line, many coastal villages in the block have reconstructed their homes and livelihoods after the severe devastation.

Amar Mondal is a sexagenarian betel vine grower from the village. Displaying his small patch of betel vine farm, he said that most of the villagers here rely either on fishing or betel vine growing for their livelihood. “We had faced a severe blow when the cyclone hit us in 1999 as several loved ones lost their lives then. But now the village has been trained, equipped and well informed to fight tsunamis and cyclones,” he told Mongabay-India. 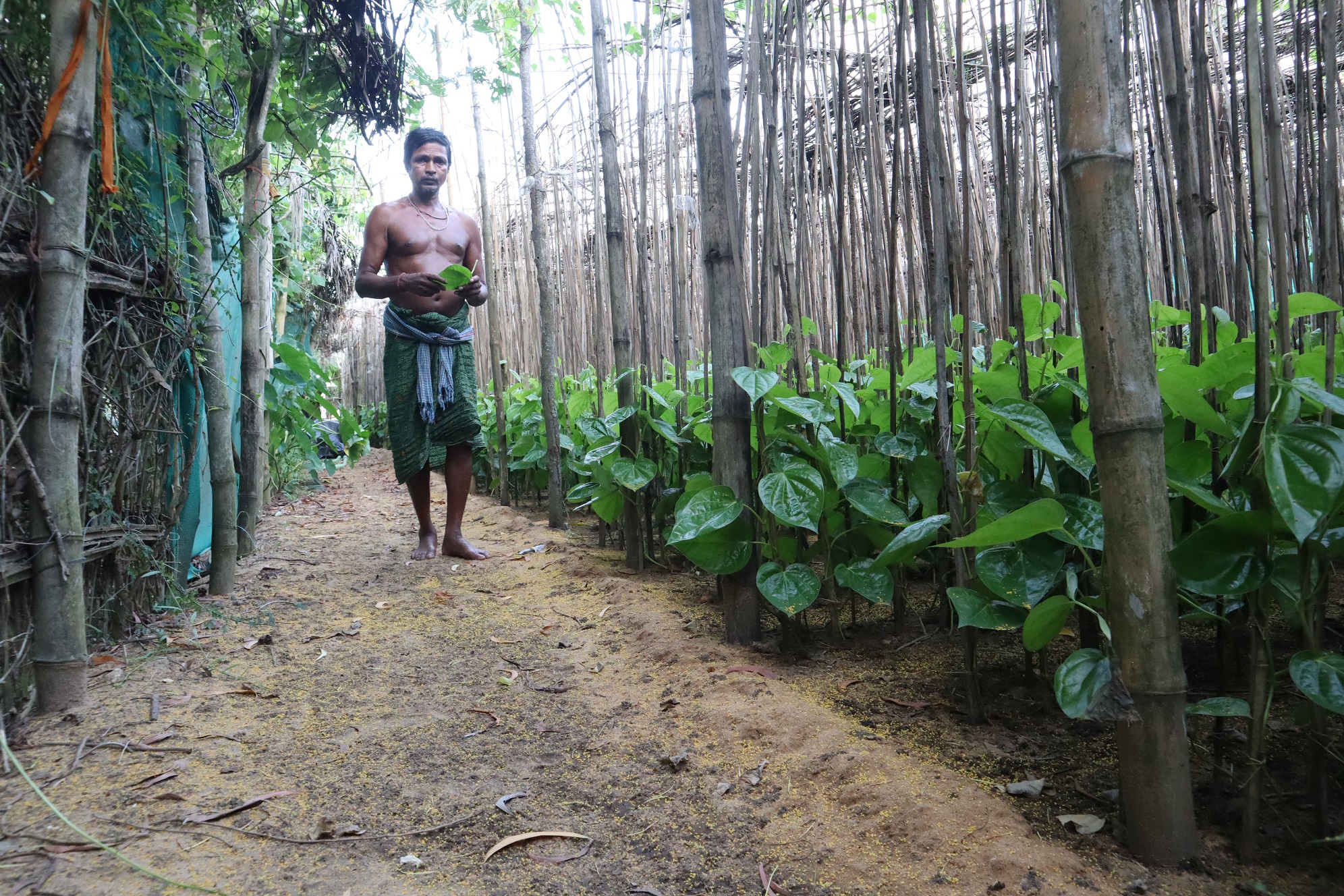 Sunil Mondal is another villager from Noliasahi who is into prawn farming. He points to a two-storied Multipurpose Cyclone Shelter at one side of the village which has been envisioned to give shelter to the villagers at a time of emergency like tsunami.

“The UNESCO team came to our village in December 2019. A mock drill was organised in our village and the local community showed preparedness to fight against tsunami. This was possible because we have been trained to counter tsunami and ensure zero human causality,” he said.

According to the protocols, there are 11 parameters on which the villagers and the local community are judged before they are given ‘Tsunami Ready’ certification from UNESCO. These include preparation of a Community Tsunami Risk Reduction Plan, mapping of tsunami hazard zones, public display of tsunami information and evacuation maps among others. 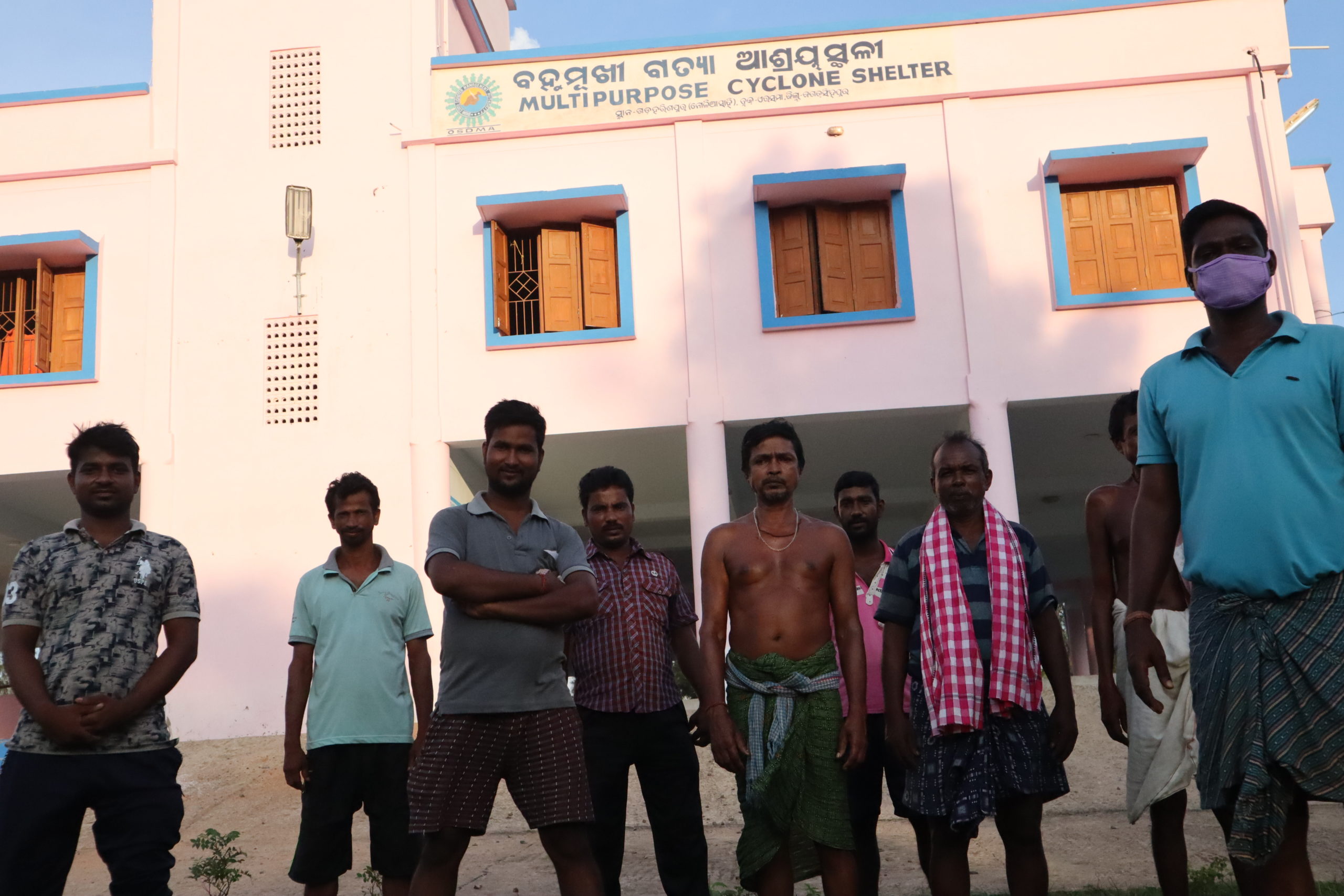 Villagers at Noliasahi stand outside the Multipurpose Cyclone Shelter. Photo by Manish Kumar

“The training has been given in such a way that the villagers can shift to cyclone shelters within five minutes. The cyclone shelter has been well equipped with safety gears used to fight a tsunami. Trainings have been given on what to do to an injured person needing medical emergency services,” Jagatsinghpur Collector Sangram Keshari Mohapatra said.

He also added, “They have also been trained to keep a bag with basic survival food items and essential medicines so that when a siren blows, they can quickly take the readymade bag and shift to the cyclone shelter within minutes. The local police, fire department and other have also been trained accordingly.”

Venkatraipur is another coastal village in Ganjam district which has received the certification. The village lies around 600 metres away from the coastline. It has a defence establishment on its left and famous tourism hotspot Gopalpur Beach on its right side. The villagers said that it has faced several cyclones in the past but is now prepared in case of events like tsunami.

The village has wide display boards with evacuation plans and maps in case a tsunami-like situation occurs and a well equipped Multipurpose Cyclone Shelters. The cyclone shelters in both Noliasahi and Venkatraipur have advanced radars and siren system to alert the villagers with tsunami warning.

There are around 400 households in the villages. K Apparao, the sarpanch of Venkatraipur said that the village has its own Tsunami Risk Reduction Plan and a Village Level Committee which are de-facto managers of the cyclone shelter and frontline planners for disaster. 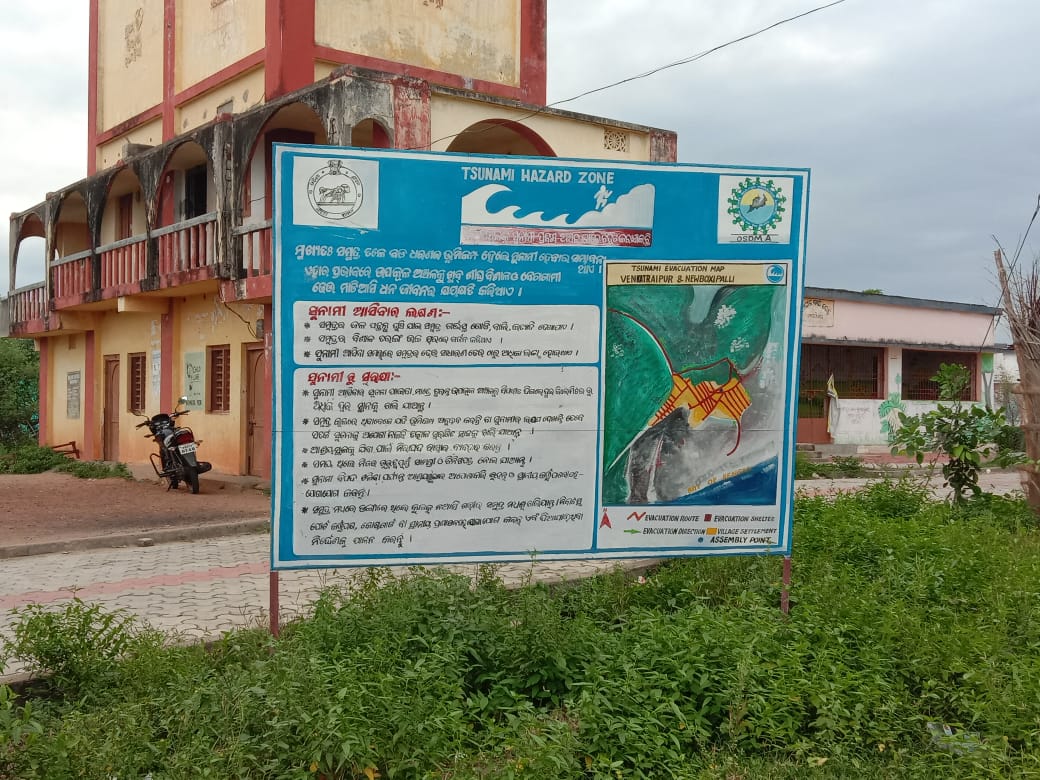 A public awareness board on Tsunami management at Venkatraipur village. Photo by special arrangement.

Apparao explained about the micro level planning his village has in case of a tsunami.  “We have a well defined navigation plan on where to head when the siren becomes active. We have installed posters and informative material boards for public awareness too. We have been also briefed about tsunami like its speed, damages it can do and how we can defeat it. We have a detailed map of the village mapping the hazardous zones, vulnerable households,”

The Ganjam district administration said that it has identified 44 coastal villages,  including Ventakraipur, that lie very close to the coast as ‘tsunami prone’.

Ganjam Deputy Collector (Revenue) Dibya Lochan Mohanta said that the coastal villages in the district have village level Disaster Management Plans of their own but these 44 villages like Venkatraipur have an additional ‘Tsunami Risk Reduction Plan’ to especially prepare themselves against tsunamis.

“The villagers in Venkatraipur had identified the most hazardous parts of the village, their navigations maps and display system. Then know how they can respond within shortest span of time, how to fight power woes and other issues, how to send message to outside when such disaster strikes,” he said.

The Tsunami Risk Reduction Plans of Venkatraipur and Noliasahi villages have details of resource planning, resource mapping, vulnerability and disaster mapping.  The plans  have details of households which host the elderly, differently-abled, children, widows, single women headed households and others which need higher attention during disasters.

The training to the villagers was given in Odisha by the Odisha State Disaster Management Authority (OSDMA). The officials at OSDMA said that the civil defence, first aid, rescue, search and evacuation training were imparted to the villagers to empower them to respond to tsunami.

The OSDMA said that it has identified a total of 328 tsunami vulnerable villages across the state which is located within 1.5 kms away from the coastline. It claims to have also installed radars and sirens in 122 such villages and a good network of the radars to alert the entire coastline of Odisha during emergency.

Kamal Lochan Mishra, Executive Director, OSDMA said, “We have a robust Early Warning Dissemination System (EWDS). Odisha has a coastline of around 480 kms along the Bay of Bengal. We have installed 122 Alert Siren Towers, mostly at cyclone shelters. These have been strategically placed so that the entire 480 kms stretch could be alerted against tsunami warnings.”

Each tower has a siren whose sound is said to be heard upto 2.5 kms radius. Mishra said that early tsunami taught them a lesson that the seawater intruded a maximum up to 1.5 kms into the land. So it has now identified almost 328 such villages which could be called as tsunami-prone. 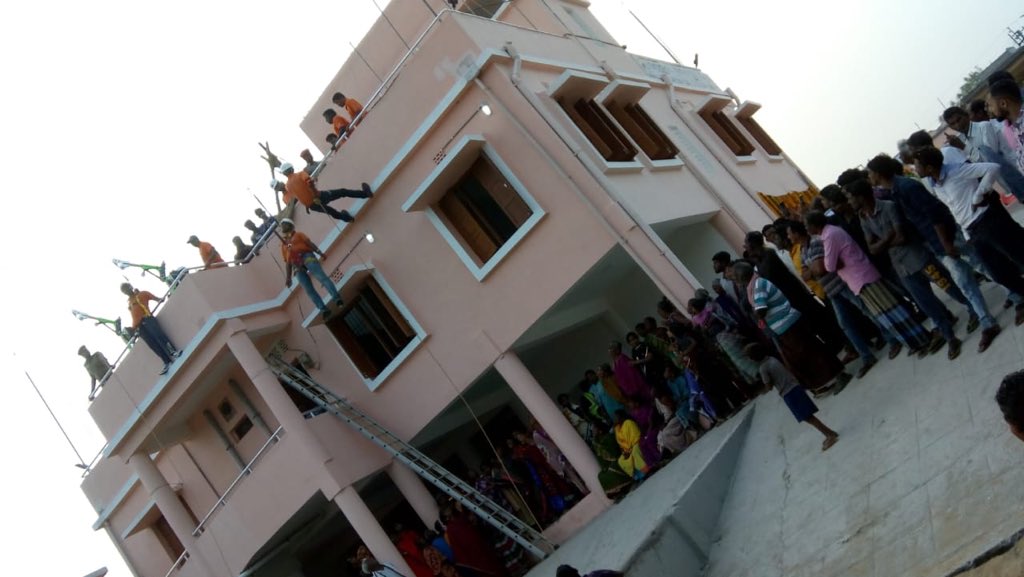 A test run of the Indian Ocean Tsunami Ready programme at Venkatraipur in Ganjam. Photo by SRC Office.

According to Tsunami Travel Time Atlas for Indian Ocean developed by IIT Kharagpur study if the tsunami is generated at Indian Ocean close to Indonesia it can hit Odisha coasts within three hours. “So we need to alert the prone villagers before time,” Mishra explained.

Odisha has six coastal districts and as per sources in the government it wanted to get the certification for one model village from each district. “The proposal was to take six villages for certification. Due to COVID-19, the UNESCO team and inspect and certify only two villages and the process got delayed,” he said.

The state may seen more Tsunami Ready certifications in the days to come as it now plans to convert all the 328 tsunami prone villages into Tsunami Ready villages by the end of this year.

How the villages were selected

The National Board, after the verification of the implementation of the indicators at those villages as per guidelines, decided to recognise them nationally and recommended them to UNESCO-IOC for the recognition. Based on the National Board recommendations, UNESCO-IOC approved the recognition of two communities, Venkatraipur and Noliasahi, as Tsunami Ready Communities.

“With this recognition, India is the first country to implement Tsunami Ready in the Indian Ocean Region and Odisha is the first state,” said a statement from the INCOIS, a constituent body of the Ministry of Earth Sciences.

Although the two villages have been certified as ‘Tsunami Ready’ some dark spots still exist in these tsunami-prone areas. Both the villages still have some kuccha (temporary) houses that are highly prone to devastation in case a cyclone or tsunami hits. In Noliasahi, a 1 km stretch of road connecting the village is still a kuccha road, which is likely to escalate the woes in case of heavy rains and sea waters invading the village during a tsunami. The government however claimed that works on both the sectors are on.