Nobel Prize in Physics for two breakthroughs: Evidence for the Big Bang and a way to find exoplanets 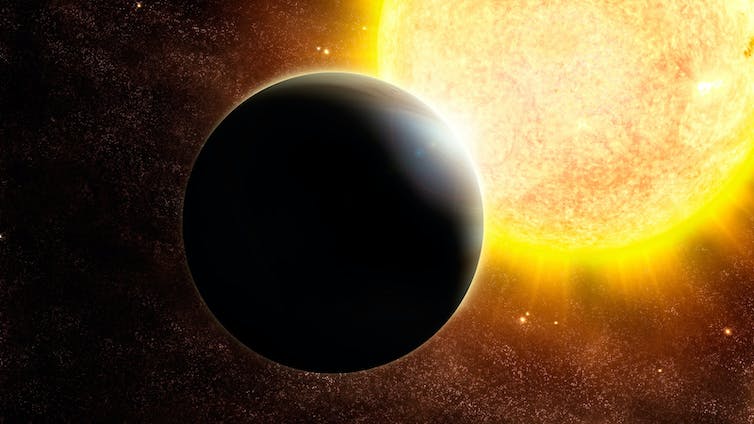 Artist’s rendering of a Jupiter-sized exoplanet and its host, a star slightly more massive than our sun. Image credit: ESO/NASA

Did the universe really begin with a Big Bang? And if so, is there evidence? Are there planets around other stars? Can they support life?

The 2019 Nobel Prize in Physics goes to three scientists who have provided deep insights into all of these questions.

James Peebles, an emeritus professor of physics at Princeton University, won half the prize for a body of work he completed since the 1960s, when he and a team of physicists at Princeton attempted to detect the remnant radiation of the dense, hot ball of gas at the beginning of the universe: the Bang Bang.

I am an astrophysicist and was delighted to hear of this year’s Nobel recipients, who had a profound impact on scientists’ understanding of the universe. A lot of my own work on exploding stars is guided by theories describing the structure of the universe that James Peebles himself laid down.

In fact, one might say that Peebles, of all this year’s Nobel winners, is the biggest star of the real “Big Bang Theory.” 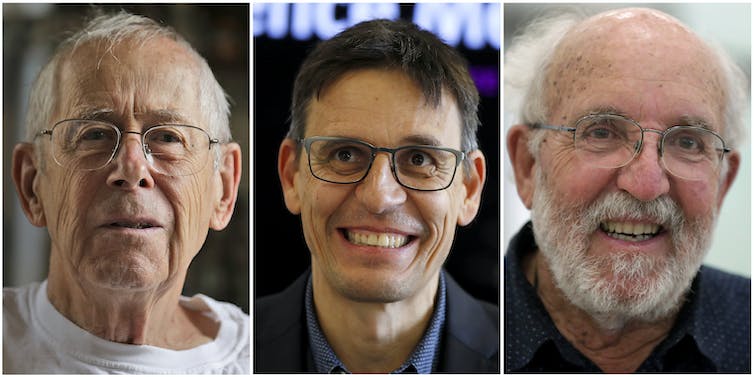 As Peebles and his Princeton team rushed to complete their discovery in 1964, they were scooped by two young scientists at nearby Bell Labs, Arno Penzias and Robert Wilson. The remaining radiation from the Big Bang was predicted to be microwave energy, in much the same form used by countertop ovens.

It was a serendipitous finding because Penzias and Wilson had constructed an antenna to detect this microwave radiation which was used in satellite communications. But they were mystified by a persistent source of noise in their measurements, like the fuzz of a radio tuned between stations.

Peebles has also made decades of pivotal contributions to the study of the matter which pervades the cosmos but is invisible to telescopes, known as dark matter, and the equally mysterious energy of empty space, known as dark energy. He has done foundational work on the formation of galaxies, as well as to how the Big Bang gave rise to the first elements – hydrogen, helium, lithium – on the periodic table. 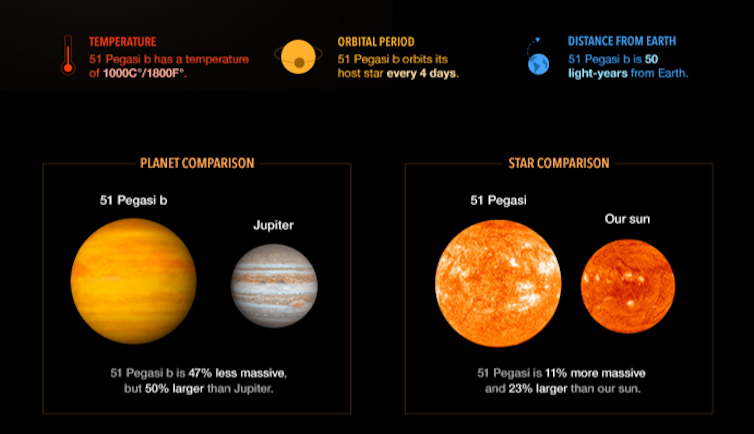 First discovery of an exoplanet just earned the Nobel Prize for Physics. NASA/JPL-Caltech

Finding planets beyond our solar system

For their Nobel Prize-winning work, Mayor and Queloz carried out a survey of nearby stars using a custom-built instrument. Using this instrument, they could detect the wobble of a star – a sign that it is being tugged by the gravity of an orbiting exoplanet.

In 1995, in a landmark discovery published in the journal Nature, they found a star in the constellation Pegasus rapidly wobbling across the sky, in response to an unseen planet with half the mass of Jupiter. This exoplanet, dubbed 51 Pegasi b, orbits close to its central star, well within the orbit of Mercury in our own solar system, and completes one full orbit in just four days.

This surprising discovery of a “hot Jupiter,” quite unlike any planet in our own solar system, excited the astrophysical community and inspired many other research groups, including the Kepler space telescope team, to search for exoplanets.

These groups are using both the same wobble detection method as well as new methods, such as looking for light dips caused by exoplanets passing over nearby stars. Thanks to these research efforts, more than 4,000 exoplanets have now been discovered.