Ten things you should know about Instagram’s terms of use

Do you use Instagram? Probably. Did you read the terms of use? Probably not. You’re not alone. Most people don’t read terms and conditions. So here are some key things to know and understand about Instagram.

Users must agree to the terms of use before they can have an Instagram account. The minimum age to sign up is 13. But the reading age for the terms are closer to university level. They are written using complicated language. For example, the licence granted is described as “a non-exclusive, royalty-free, transferable, sub-licensable, worldwide license to host, use, distribute, modify, run, copy, publicly perform or display, translate, and create derivative works of”.

2. You own your own photos, right?

Instagram claims it does not take ownership of its users’ content. But the terms state that the user grants Instagram a “non-exclusive, fully paid and royalty-free, transferable, sub-licensable, worldwide license to use their content”. What this means is that Instagram has all the rights of the original owner of the content – aside from the fact that it is not an exclusive licence. It is important that photographers are aware of this because if they sell an image under an exclusive licence, posting the image on their Instagram would breach that licence. 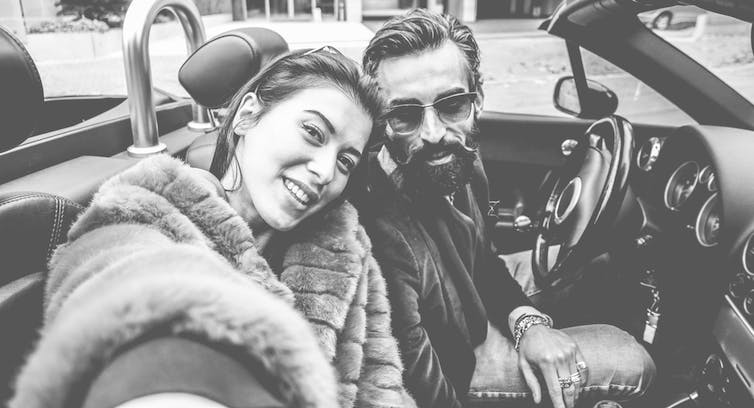 Instagram can sub-licence your content. This means that it could licence a user’s photograph or video to any third party, for free, without seeking permission, giving any notice or offering any payment to the user. It could also take a user’s content and let another company use that photo in exchange for a fee – which Instagram keeps.

4. It can use your content for its own purposes

Likewise, Instagram can make use of any user material for its own purposes or promotions without seeking permission, letting the user know or making any payments to the user. This also includes the ability to edit, modify, share, copy and communicate the content.

Not only can Instagram sub-licence, use, distribute, modify, run, copy, publicly perform, display, translate, and create derivative works of user’s content, but it can also pass the rights to do these things onto a third party – without permission. It can do this because the terms state that the licence is transferable. This means that Instagram can freely assign or licence the rights to use its user’s content to another company or individual.

6. It can do this anywhere

Since there is no geographical restriction on the agreement, it could do any of the above things anywhere in the world.

The terms state that the same rules do not apply to Instagram’s content, which they specify is protected by Intellectual Property and cannot be copied, modified, edited, published, used or licenced. This restrictive approach is particularly problematic for other app developers, such as those who create apps to work in conjunction with Instagram to perform additional functions, such as analysing followers, unfollowers and boosting likes.

Instagram, which was launched in 2010 and bought by Facebook in 2012, reaches over 500m daily active users who share approximately 80m photos a day. It is a lucrative business and it is expected to make US$10.87 billion in 2019. The company’s key revenue stream is advertising – essentially, the more people who use and share on Instagram, the more money they make.

9. You could be sued for copyright infringement

Even though the culture of social media is all about sharing, technically posting a photo or video that isn’t your own, would be contrary to the Instagram terms and could be an infringement of copyright. In the terms, users agree that they either own all the content they post or have sought permission to use it. Otherwise, it could be construed as copyright infringement. For example, Khloe Kardashian faced legal action (which was later dropped) after she posted a photograph of herself on her own Instagram which was owned by a photographic agency.

Instagram’s user agreement gives it unnecessarily broad rights over its users’ content. It encourages sharing – for the benefit of advertising revenues – but leave users vulnerable to copyright infringement claims.

In my own research I have argued that Instagram should introduce an improved copyright policy that includes:

:: amending its user agreement so that it is clearer and fairer towards users and does not leave them vulnerable to copyright claims, or licence breaches.

:: adopting a “Notice and Takedown procedure” so users can request that infringing copies of their work are taken down by Instagram – similar to when content is blocked for copyright reasons on YouTube to enable copyright holders to enforce their rights, rather than taking court action.

:: the company should introduce a copyright education tool to provide information and awareness about the law to its users and inform copyright holders when another user has screen-grabbed their image (while at the same issuing a copyright notice to the person who has taken the grab).

If Instagram does not take these steps, the company might find itself in a spot of trouble. Just this month, the Paris Court of First Instance found that Twitter’s Terms of Use (not dissimilar to Instagram’s) were void and unenforceable because they were “abusive” towards users. Twitter, which could face fines of up to 30,000 Euros, will now have to remove the terms and replace them with ones which are compliant.